I didn't really want to use computers for awhile.
PINE started, to my recollection because I came up with the acronym when Andy and I were students together in Ohio. I am good at that kind of stuff. He recently picked the PINE idea back up.
But, he went out on a cruise ship gig again.

The composer John Luther Adams wrote '...Art grounded exclusively in self-expression can indulge our conceit that we stand above and beyond the rest of life, exacerbating our sense of alienation from the earth and other species. Overpopulation, over consumption, pollution, deforestation and widespread extinction, both symptoms and results of this alienation. Perhaps its ultimate manifestation is human-caused climate change.'
Since Andy asked me to write this my eldest Aunt Bridget, whom I lived with years ago when I first moved to New York, had her house destroyed by Sandy.
I took the ferry over a few days after the flood. She lives in the middle of the island and it takes forever. As was walking past a church, I saw Nathan, the van, being driven by Asa, my friend and collaborator with his girlfriend and a bunch of other people I didn't know.
As an introduction I am sharing a recent improvisation called 'bullie blue jay', I don't remember when it was recorded but it was within the last 6 months.
I'm playing a vibraphone, a percussion keyboard instrument, born out of the jazz tradition.
My next musical contribution to the page will be a piece I called 'highland park/forest park' I recorded it in parks in Queens, where I live.

The Great Lakes Ensemble is an artistic exploration of the Great Lakes region -- with musicians, dancers and visual artists who join the ensemble during performances and other creative projects. Since its inception two years ago, GLE has performed at venues in Illinois, Michigan, Ohio and Wisconsin.

Great Lakes Ensemble members draw their inspiration from a range of the Great Lakes' identity -- including human-built environments such as factories, and elements of this region's natural forces. During our performance at the Rapid Pulse Festival in Chicago, we began by performing a legato piece entitled "Early Morning Soundscapes" -- which included sounds and movements that were designed to evoke tranquil soundscapes one might experience as the sun is rising in the early morning. Click here to listen to the recording of that performance. 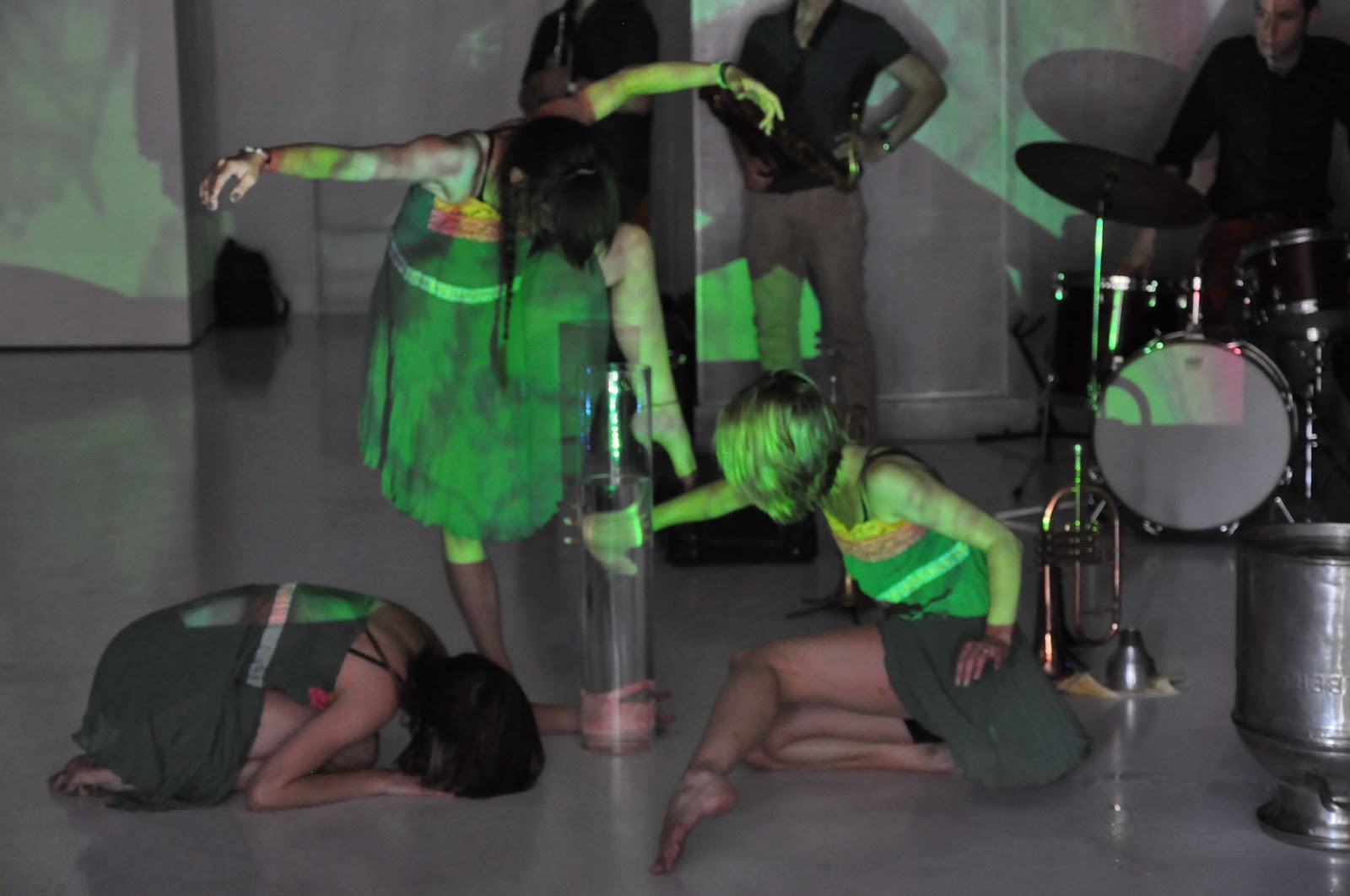 Last August we performed at the Lakeside Inn, during Portoluz's "Jazz on a Summer's Day" series. We performed my graphic score "Avian Formations," which asks ensemble members to sonically and kinestheticaly  meditate on bird flight formations -- geese migrating, starlings darting and swooping en masse, even flocks of extinct passenger pigeons.

The Great Lakes Ensemble is planning our calendar for later this year, and we are thinking about more ways by which this region's history, textures, sounds and other elements can be integrated into what we do. 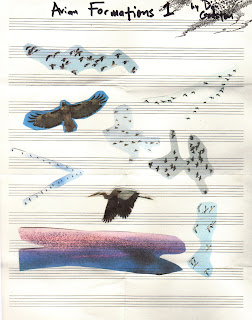 Posted by Dan Godston at 4:55 AM No comments:

Each Day We Lose 5 minutes and 21 seconds of Daylight

At this latitude, (just shy of 60 degrees north) we will be losing 5 minutes and 21 seconds of daylight each day for the next few days. This number is slowly decreasing by about a second every three days until the winter solstice.


I found this hand-made structure in the woods, just north of Oslo. I'd like to think it was left over from the days of Odin and Thor, but I think it was probably just made by some Norwegian boy scouts or something.

The piece is composed of several melodies that i've written over the last few days in combination with improvisation. Each melody has a corresponding improvisational section.

Here is another tippee near by: 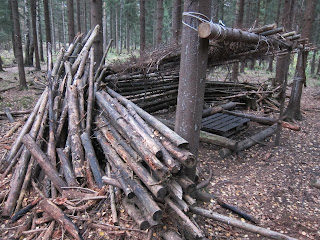 I hope you enjoy this! Anyone can be a part of PINECollective and I hope that some more people will want to get involved! Just send me some video or audio or some pictures or some words and I will post them!
Posted by Unknown at 12:54 PM 1 comment:

How Nature Inspired the Creation of Musical Notes (according to Pt. Shiv Dayal Batish) 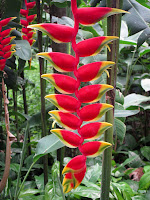 "Like commands from a superior, man received cues and impulses for discovering music from mother nature. Just as beautiful environments, scenes, shadows and perspectives inspired him in discovering the art of painting, and physical shapes and images of stones inspired the creation of sculpture as an art, early humans realized that the sonic environment - waves of the ocean, gentle ripples of rivers and brooks, the chirping of birds and humming of bees, love calls of the peacock, and the infinite variety of fascinating living sounds - was similar to his emotions and sentiments. He started to interpret his hopes, wishes, and his ecstasy and excitement of appreciation, by imitating, repeating and composing phrases from this wide variety of natural sounds. With the advent of time, this process became music." 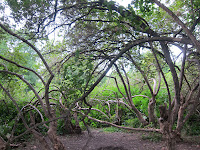 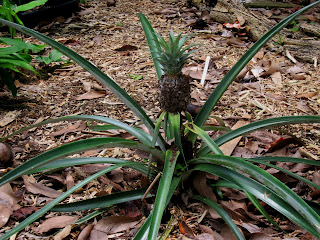 I thought this was a nice turn of phrase for a Sunday morning. Pictures are from Honolulu, Oslo, and Honolulu, respectively.

Posted by Unknown at 4:20 AM No comments:

Here is an improvisation from a city park. Ordinarily this might not qualify for PINE material, but in the city sometimes we have to make do with what is available as far as natural environments go.

Posted by Unknown at 1:27 PM No comments:

Bygdø Royal Manor is a park and functioning farm in Oslo, Norway. It occupies approximately 495 acres, of which 183 are used as farm land. During the 19th century this land was developed into a public park at the request of King Carl Johan who was inspired by European ideals of the time to make a place for the citizens of Oslo to use for leisure activities similar to the ones available in Stockholm and other major capitals.

Much of the area is under the protection of the state as a nature preserve including large areas of unique calcareous pine and broad-leaved deciduous forests.

This is a performance of a new piece i've written called 'An Incident at Akershus.' The title comes from the place where the main themes were written.

The piece contains two main themes and three areas of improvisation. The two themes are unrelated at first but through the use of both compositional methods and improvisation they becomed intertwined and mixed, creating new themes of familiar material. In light of this, the improvisational sections should not be thought of as episodic so much as developmental in nature.

This performance took place at the edge of a field which has been farmed on and off for many years. It is currently not being used for agricultural activities.